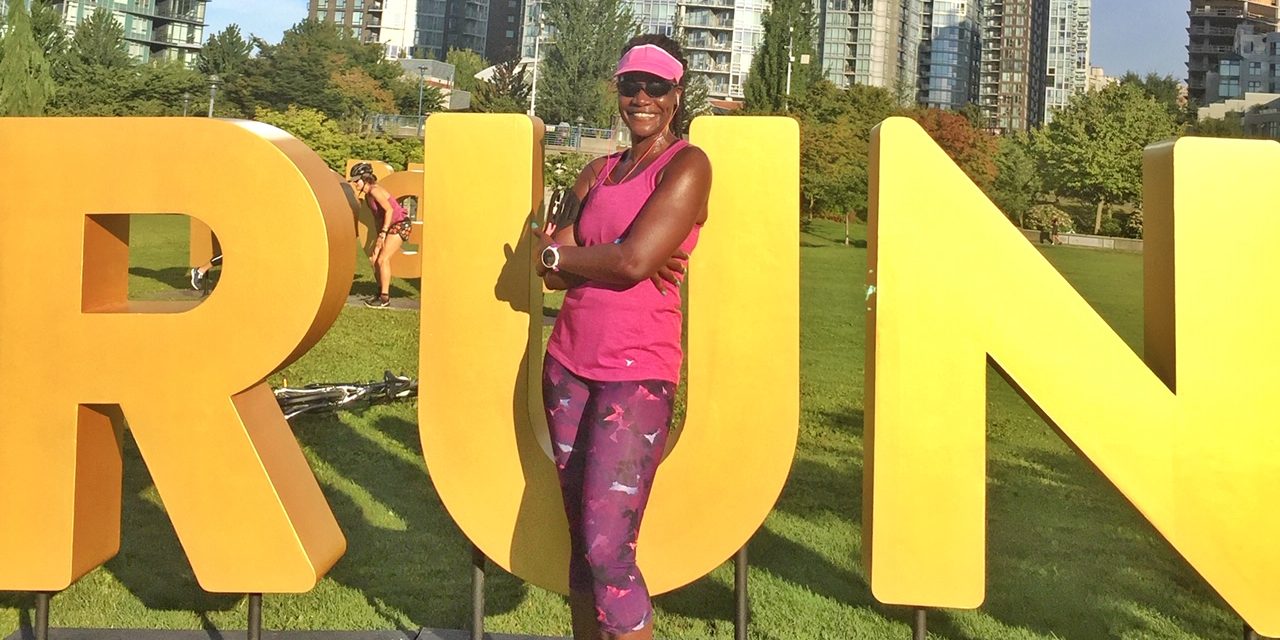 Traveling the world and running it, too. If you’ve been around here for any length of time you know that’s my schtick. And while Covid-19 has put a pause on my running the world for the time being, it hasn’t stopped me from running my mouth about it.

Over the past couple of weeks, I’ve shared my runstoppable journey with Stephanie of Vaycarious.com on her YouTube channel, been featured on xonecole.com, and did a live chat in a Facebook travel group I’m a part of which to date has received more than 23,000 views!! 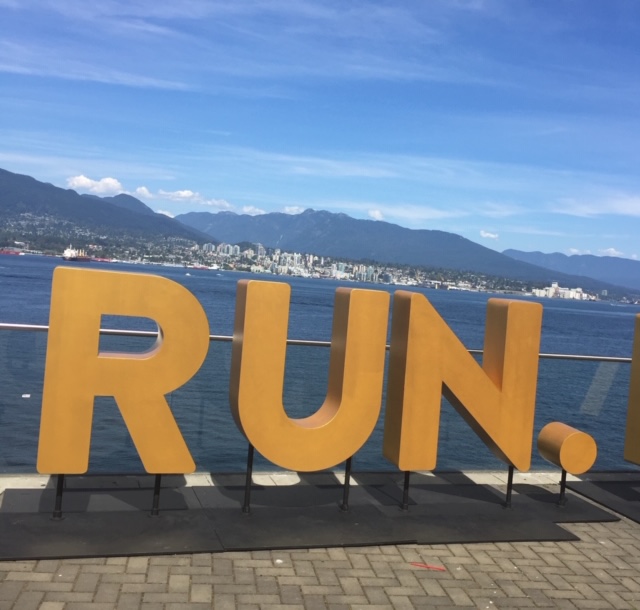 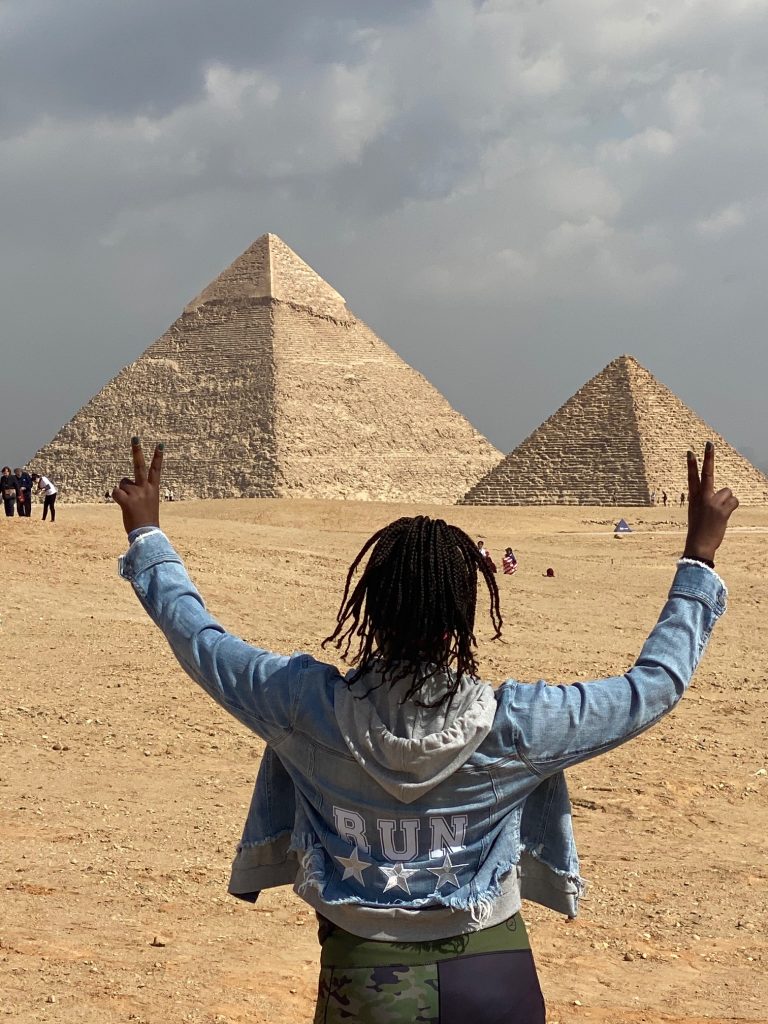 There’s not much more for me to say than what I wrote in this post about the event, and really, what more do I really need to say beyond YOU RUN AROUND THE FREAKIN’ PYRAMIDS!! For those wondering about the weather conditions in Cairo, the race takes place during the winter months, thus the weather is pretty mild, with cool temperatures in the early morning and warming up late morning as the fog burns off and the sun comes out. And again… YOU RUN AROUND THE FREAKIN’ PYRAMIDS!! 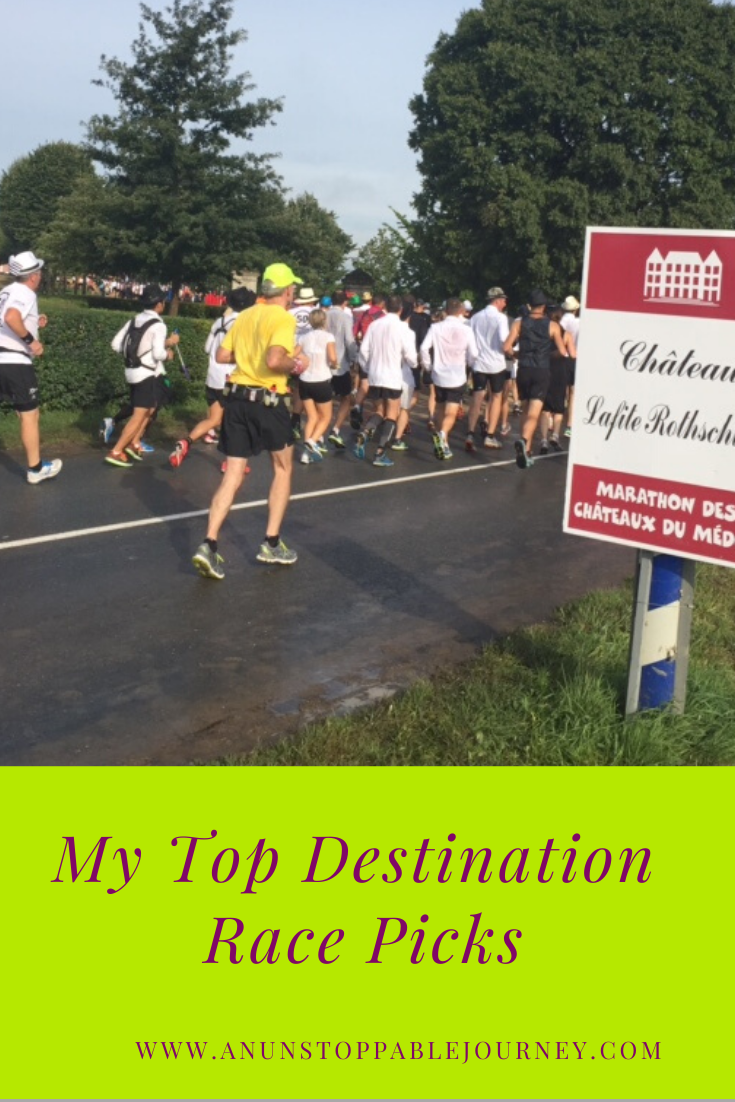 To quote the over-quoted quote, “Paris is always a good idea”, and the Paris – Versailles Race, which starts at the base of the Eiffel Tower and finishes at the gates of Versailles, is a pretty good idea as well. I should warn you that the course includes a couple of inclines, including the (in)famous “côte des gardes”, a killer with a 9% slope! Côte des gardes is a small price to pay to participate in this much-loved event. You have to register early for this race because it’s a favorite of Parisians’ and sells out fast. 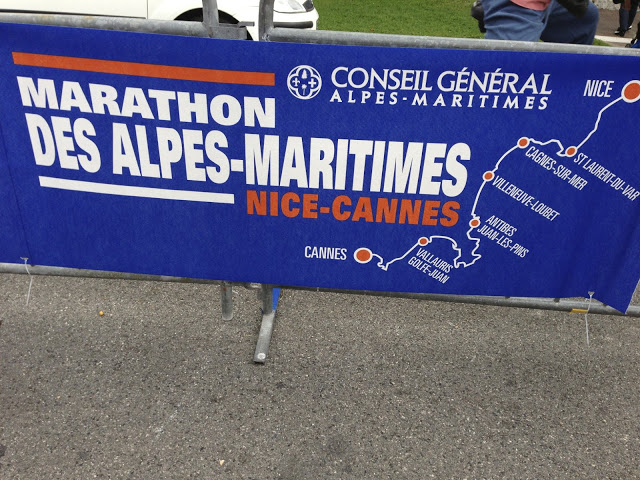 These are two different events that take place in the Côte d’Azur in the French Riviera. The course for the Nice Half Marathon runs along the Mediterranean Sea, passing the palm-tree lined Promenade des Anglais and the charming Nice le Port. 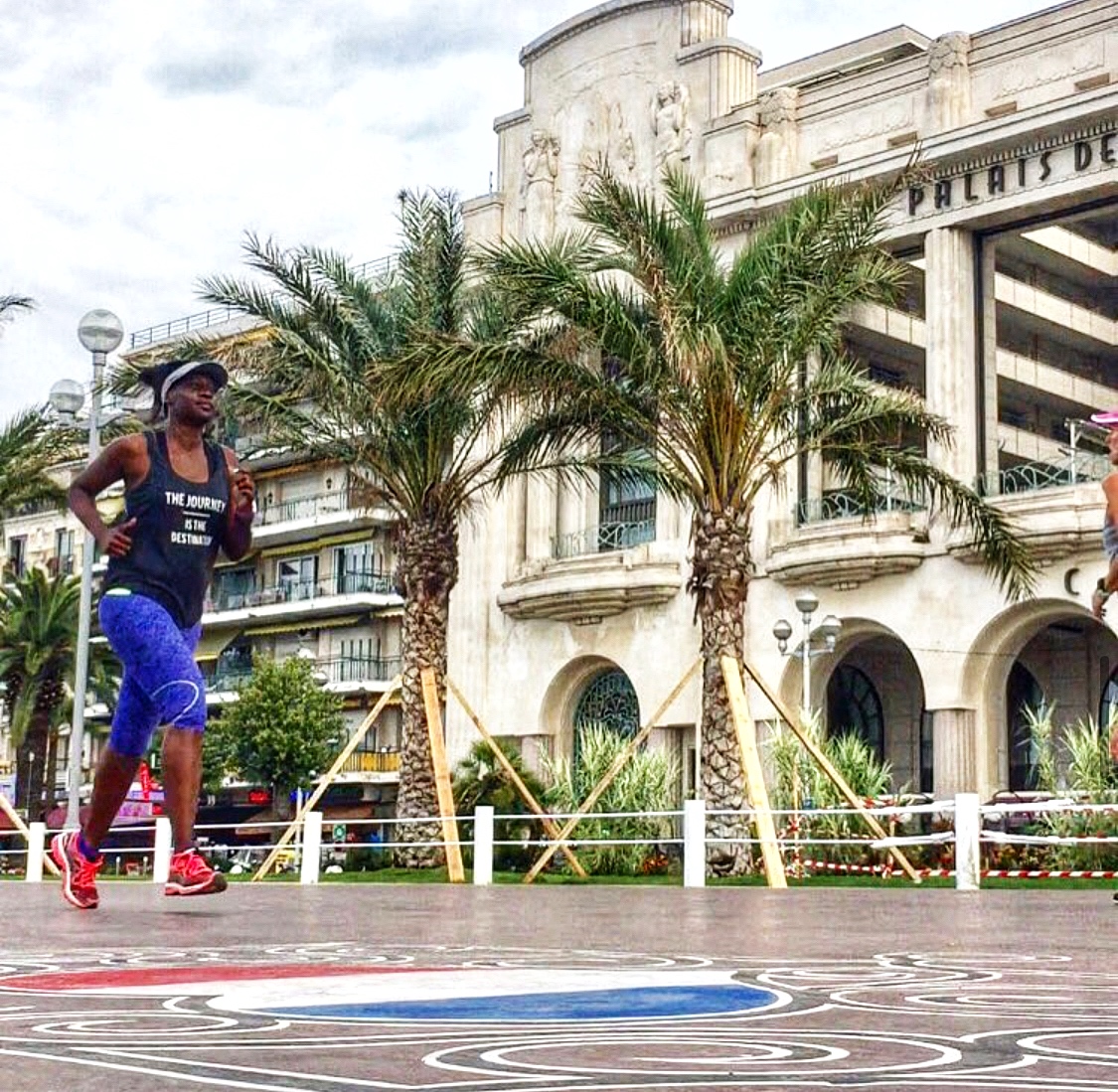 If you’re up for a bigger challenge go for Marathon des Alpes-Maritimes Nice-Cannes, which starts on the Promenade des Anglais in Nice and going through several villages along the coast before finishing on the famous Croisette in Cannes. Both courses are relatively flat and extremely scenic and both get a big thumbs up from me. 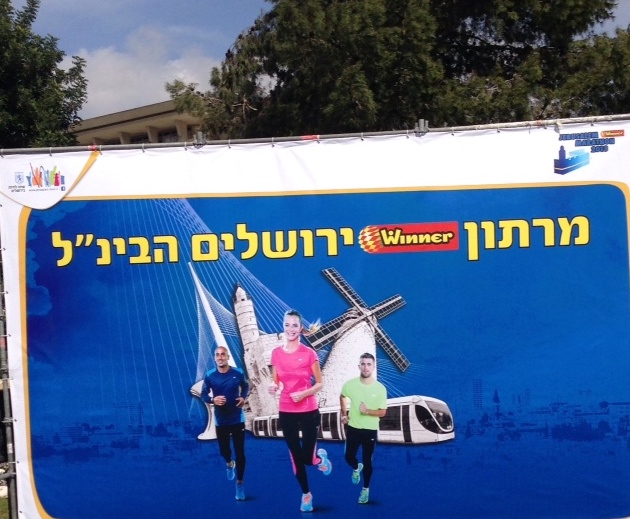 Running in the Holy Land? Yes, please. As the promotional material highlighted the year I ran the event: “to be able to say you’ve run where Jesus once walked is pretty awesome”. Amen! This holy run was also hilly as he…ck. I know that Jerusalem is referred to in the Bible as a city set on a hill (actually there are seven hills), but whew! Despite the hills, Jerusalem Marathon still makes my list because of the city’s historic and religious significance, and because like the organizers of the event, I hope that Jerusalem Marathon can act as a symbol of “coexistence and of the unique power of sport to bridge social, ethnic and political divides”. 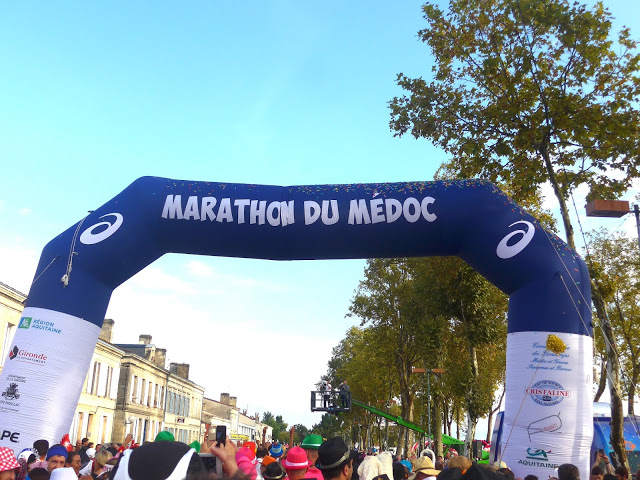 This race through France’s storied Bordeaux wine region is often considered one of the world’s bucket list marathons with good reason. During Marathon du Médoc, known as le marathon le plus long du monde (the longest marathon in the world), runners dressed in costumes drink an obscene amount of wine and feast on a menu of oysters, foie gras, cheese, bread, and sweets all while running a marathon through the famous wine region’s most beautiful vineyards and châteaux. 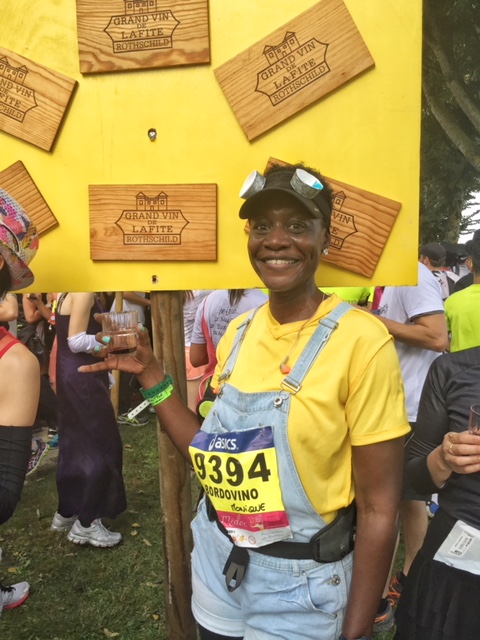 With nearly two-dozen degustation stops flowing with wine, this is probably not the marathon to aim for setting any personal records, unless of course, the personal record you’re aiming for is to run all the miles, drink all the miles. Then, by all means, aim for that record.

Which race are you going to sign up for? 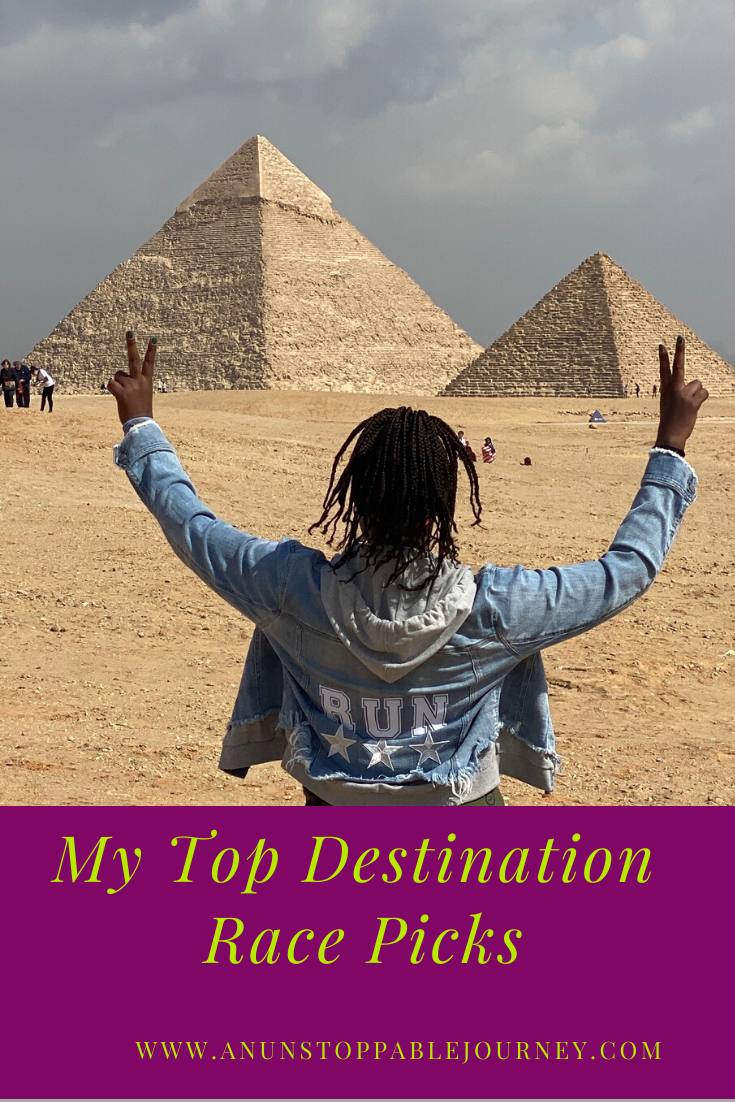 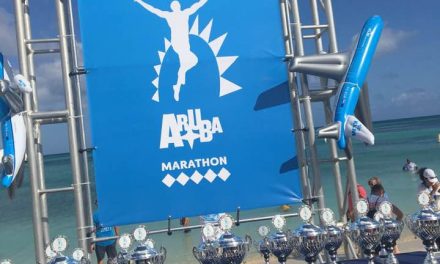 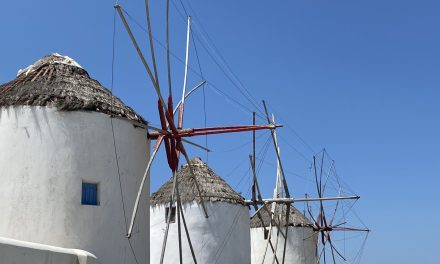 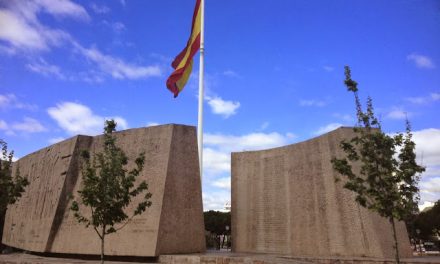 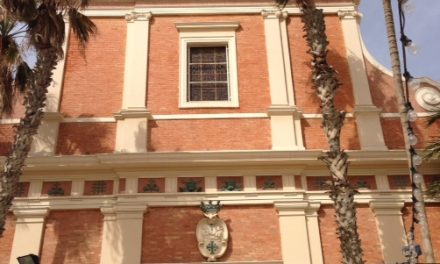