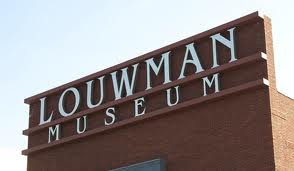 It was quite special to attend a Christmas party held at the Louwman Museum, the national
automobile museum of the Netherlands. Yes, the land of a million bicycles has a
national museum dedicated to cars. And this isn’t just any old car museum, but
one with one of the world’s largest and most famous collection of historic
cars.

I’ve
passed the imposing building designed by American architect Michael
Graves on occasion and thought, “Wow!” Inside is even more “wow” than the outside, with three floors and
over 10,000 square
meters (107,639.1 square feet) of exhibition space filled with automobiles in pristine condition, from horseless carriages,
to sports and racing cars to cars owned by famous people and from films. 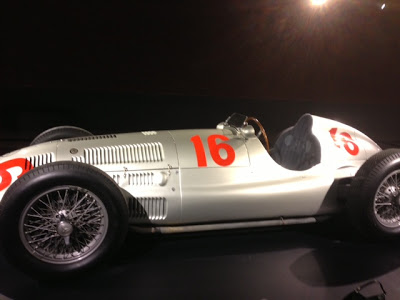 A
special exhibition currently at the museum features the iconic Silver Arrows
Grand Prix racers, bringing them outside of Germany for the first time in 80
years. The legendary Mercedes-Benz racers, which were all
the rage in motorsports in the 1930’s, are on loan from the permanent
collection of the Mercedes-Benz Museum in Stuttgart.
The
racers were located in the entrance hall, as were the appetizers and aperitifs.
After posing for the commemorative party photo, and enjoying a festive drink,
we toured the museum. All I have to say is, “Wow!” (but I think I said that
already). 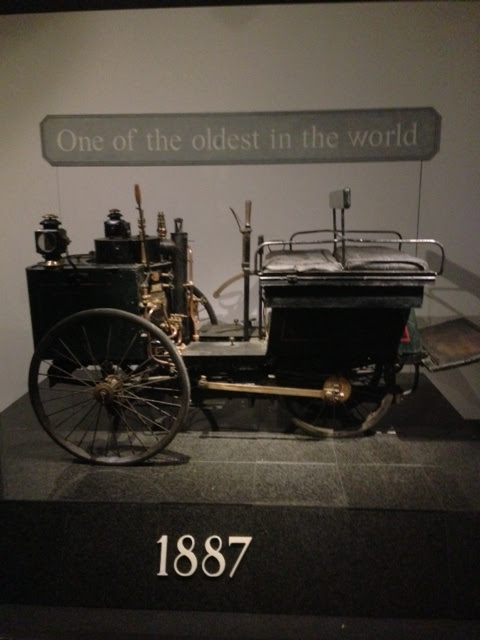 The
collection of cars was assembled by two generations of the Louwman family:
Piet Louwman, an importer of Dodge and Chrysler autos from The Hague and his
son Evert, who is the current importer of Lexus, Toyota and Suzuki into the
Netherlands. 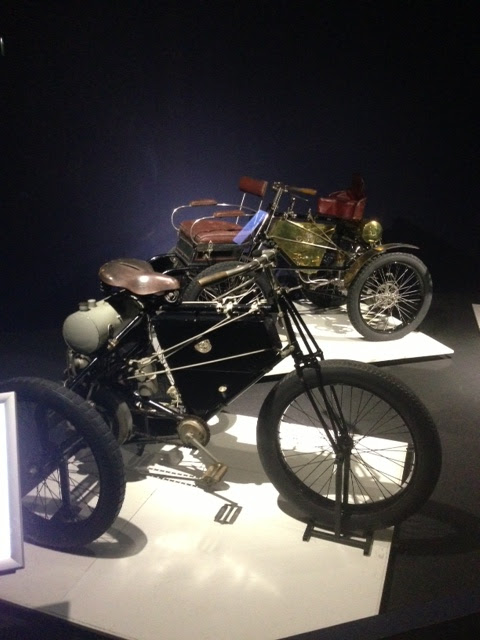 In
1934 Piet purchased his first classic car, a 1914 Dodge, and soon he began to
collect more, indulging his passion for early cars. Evert continued building the
collection, which now consists of more than 230 classic and antique cars. 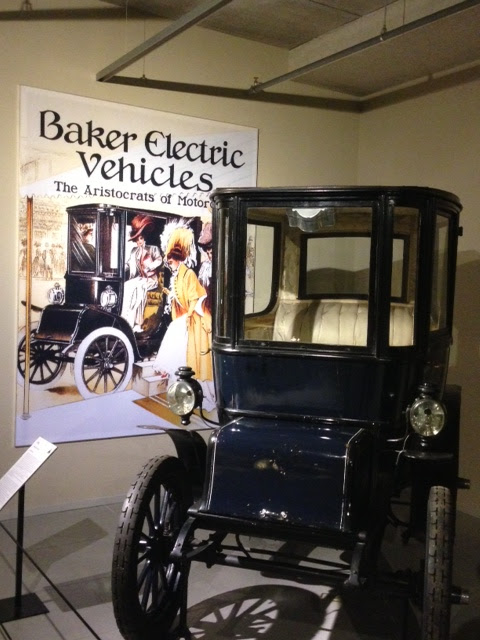 So
many cars, and so little time to see them all before the sit down dinner
started, but I rallied and made my way through. I know I keep going on about
how impressive the collection was, but it truly was. Most of my favorites were
firmly entrenched in pop culture, 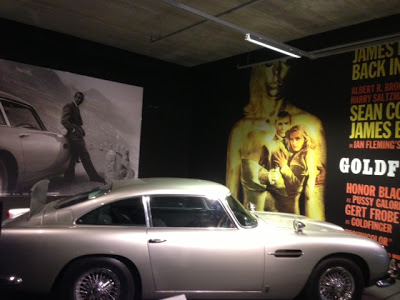 and the taxi cab used in the movie The Godfather.

The
1885 Benz patent motor wagon, considered by many to be the first automobile is
there, 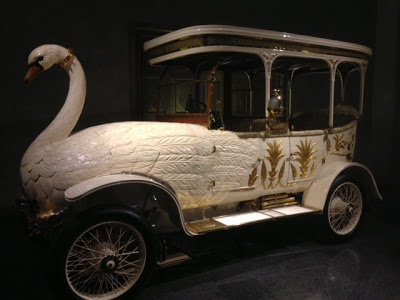 and so was a swan car from 1910 made for an Indian Maharajah. I thought it was kind of a strange car, but I could totally see Bjork rolling up to
the next awards show in it.
The
oldest Toyota still in existence is also at the museum, and with the Evert Louwman
being an importer of Toyotas, I get why it’s there, but it made me think of
Mater from Cars. 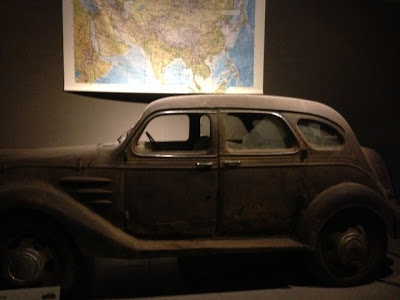 There is also a fair amount of car related art in the museum, such as vintage posters, ads, paintings and photos, and lots of old gas pumps, many of them from Shell. What did I expect? We are in Holland. 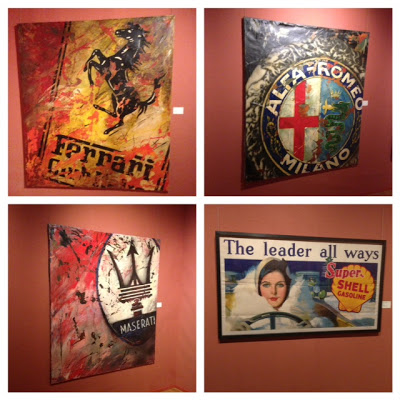 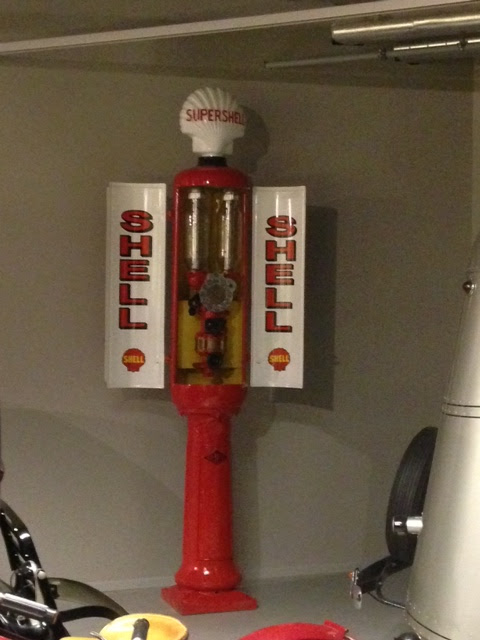 The
museum tour was followed by a sit down dinner in one of the conference rooms,
then we returned to the entrance hall where dessert buffet and dance floor were
set up. 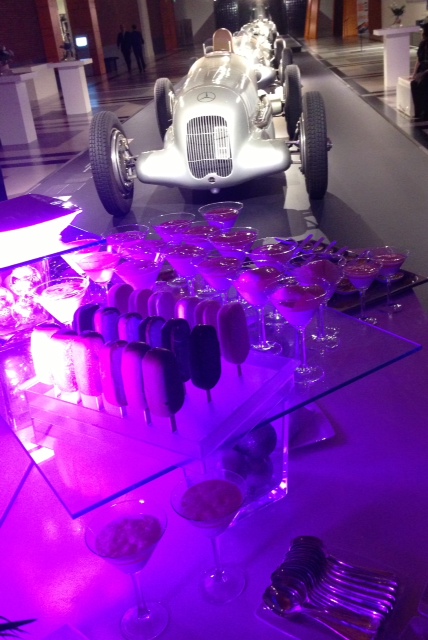 At
the end of the evening, we took a taxi home, leaving all of those lovely cars in
the museum to share with the world. 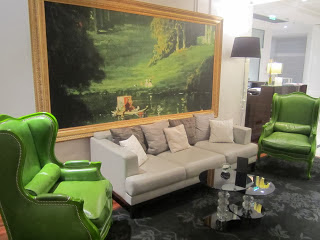 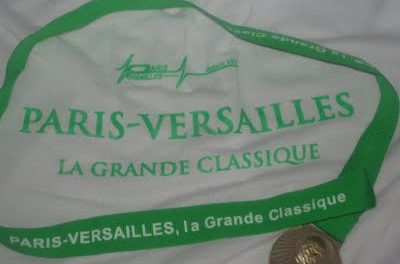 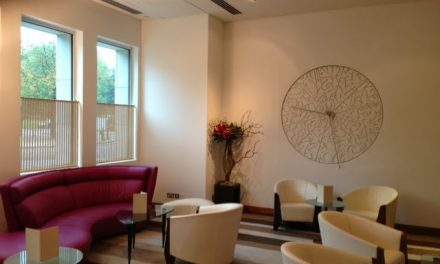