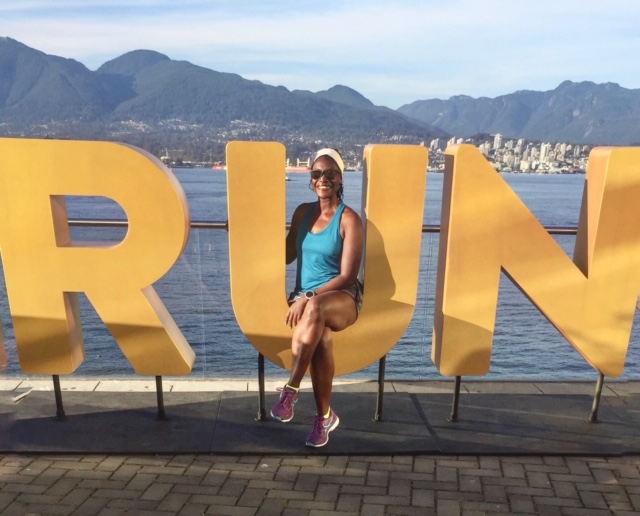 UPDATE: I’d just completed a race in Chile, country # 43 when borders began to close worldwide due to COVID-19 (you can read my recap of Rock ‘n’ Roll Santiago here, and my struggle getting out of Chile, here). As a result of the travel restrictions imposed because of COVID-19, the races I had scheduled for the final stretch of #MoniqueRuns50 have been either postponed or cancelled. While I am disappointed I am not defeated. Delay does not mean denial, and I will finish my goal during my 50th year (before my 51st birthday).

I hope you’ll continue to follow on a RUNstoppable journey with me.

As many of you know I’ve been on a “runstoppable journey”, my so-called quest to “run the world” for a while, and I’ve run full and half marathons in more than 40 countries and across six continents. I’m currently working towards #MoniqueRuns50: completing races in 50 countries by my 50th birthday (or more accurately, during my 50th year), which is much sooner than I want to admit.

Since I’m often asked how the #MoniqueRuns50 goal came about, I thought I’d write a post about it to shed more light on my adventure. 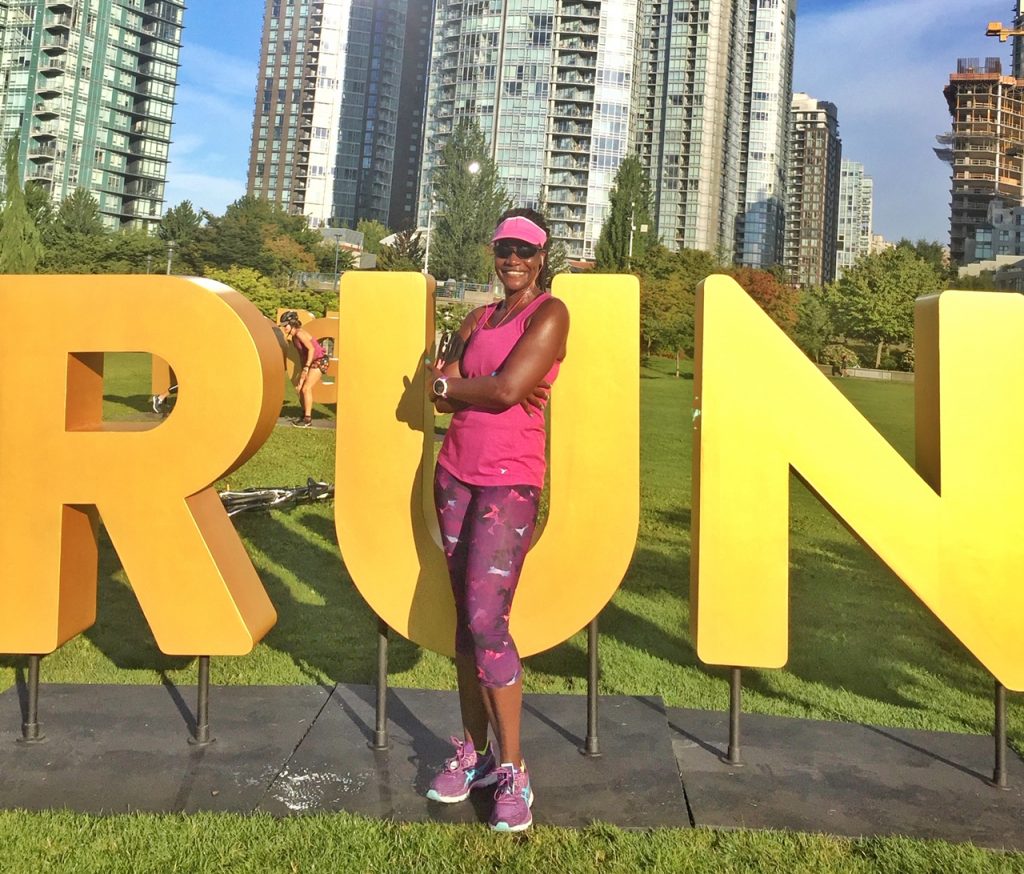 On a “runstoppable journey” racing towards completing races in 50 countries by my 50th birthday. #MoniqueRuns50

Initially, I just wanted to run around The Netherlands, but after completing a few races in France (Paris to Versailles, Nice Half Marathon and Marathon des Alpes-Maritimes Nice-Cannes) and making it a point to log miles in every country and city I traveled to, my vision expanded along with my territory, and I upgraded that goal to a quest to run the world. 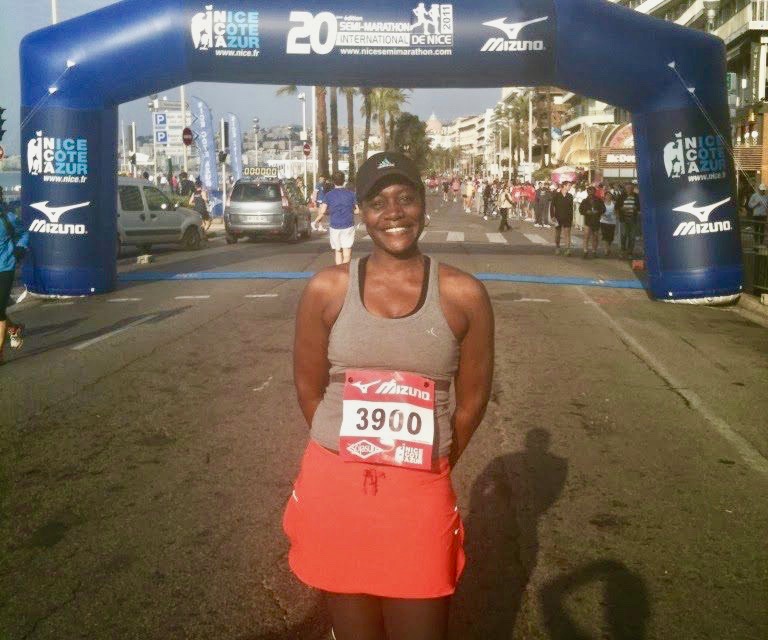 Marathons in France, like this one in Nice, were among the first of a runstoppable journey.

In 2013 I began chasing this goal in earnest. Morocco, Israel, Spain, Sweden, and Iceland were among the places I ran that year. By now, I was aware that I’d not only completed races in several different countries but on 4 continents as well.

However, running on all 7 continents wasn’t my goal, because real talk, all continents would mean Antarctica, which means cold – hella cold, freezing even, and I don’t do cold. But let’s just put a pin in this for now.

I continued running the world, and then sometime in 2015 I took a good look at my race history, and with close to 20 countries at that point, I decided to hone my quest and make a more defined goal. I was also going through a divorce, and as I noted in my journal “creeping up on 50…who am I kidding. There’s no creeping. The speed at which that birthday is approaching is faster than any pace I’ve ever run”. 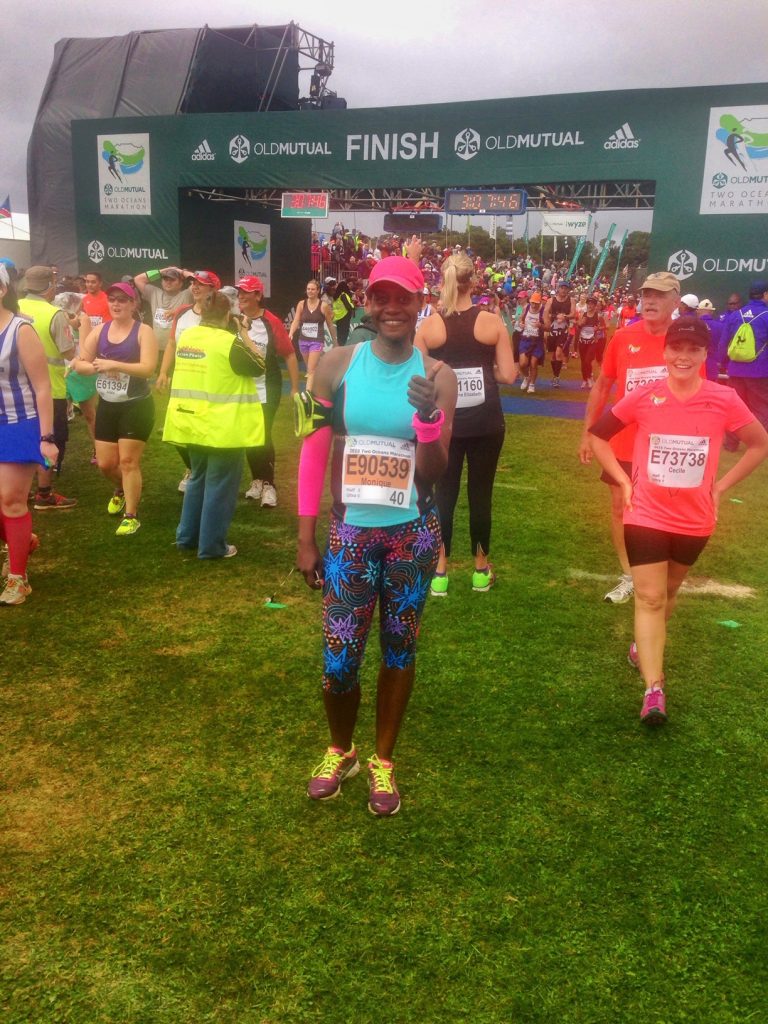 Thumbs up for the start of the Two Oceans Marathon in South Africa.

I needed something to focus on, a distraction, something to run TOWARD. With races in nearly 20 countries to my credit and aware of the trend of running races in all 50 states, I modeled my goal after that. And that, kids, is how #MoniqueRuns50 was born.

As I travel I am intentional about seeking out races. Sometimes I find a race that coincides with already established travel plans, as was the case with Midnight Run, Bangkok in Thailand, and other times the destination is determined by the race, as is primarily the case this year as I approach my deadline. 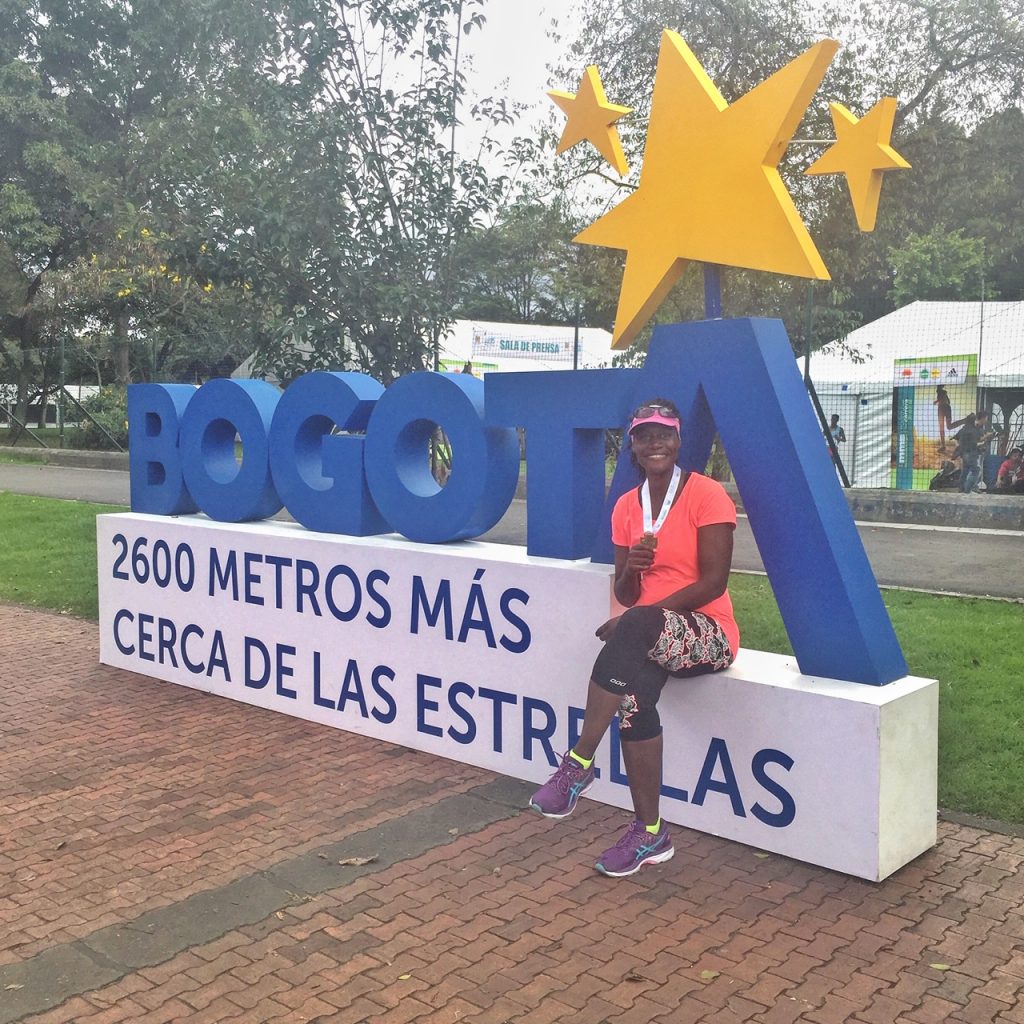 In the summer of 2016, I was going to Colombia so I looked for races during the time of my planned trip and yay! my travel dates coincided with the Bogota Half Marathon. And while I was still focused solely on country count, it wasn’t lost on me that I’d just snagged my 5th continent. Hmmm… I was also able to check Canada off the list during the summer of 2016 with the SeaWheeze Half Marathon in Vancouver, which was an easy weekend trip from Los Angeles where I was visiting my family.

I continued to count countries and plan trips with my #MoniqueRuns50 goal in mind. During the summer months when I have a big chunk of time to myself since post-divorce, the Lovely Ladies only spend half the summer with me, I’m of the “go big or go home” mindset, and try to get to countries outside of Europe that due to travel time and cost require longer than a weekend. 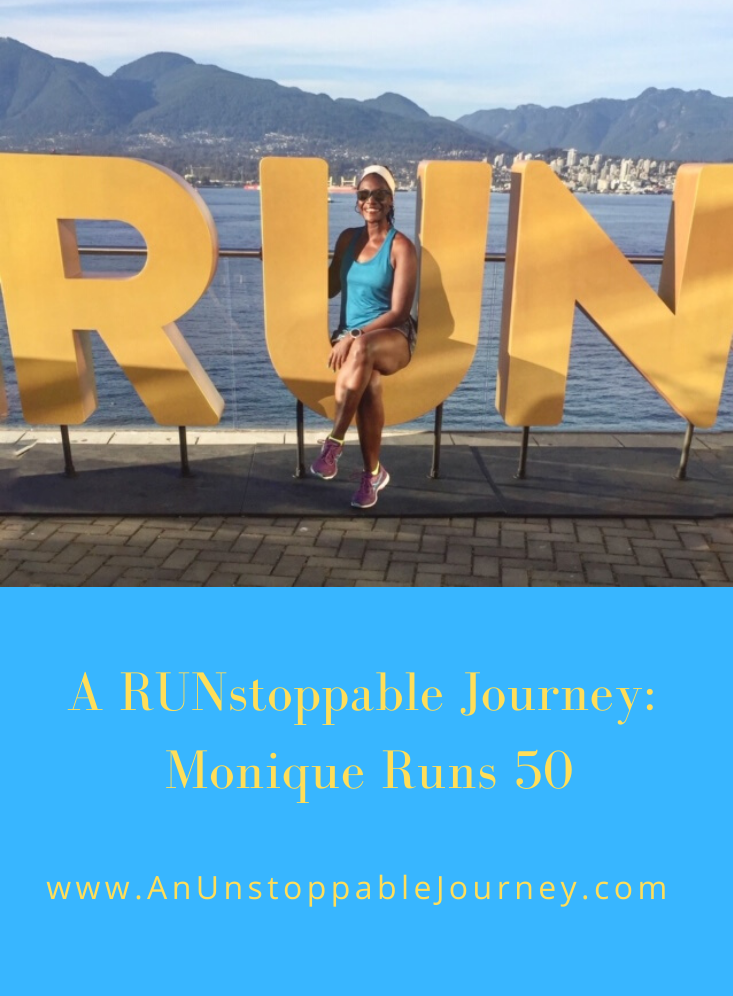 Enter Australia. It’s pretty big, I’d say, so the “go big or go home” requirement was met. I went during the summer of 2017, which meant I had a good chunk of time to work with. Also, summer for me was winter in Australia, and thus it was low travel season (sorta), making it a bit cheaper. 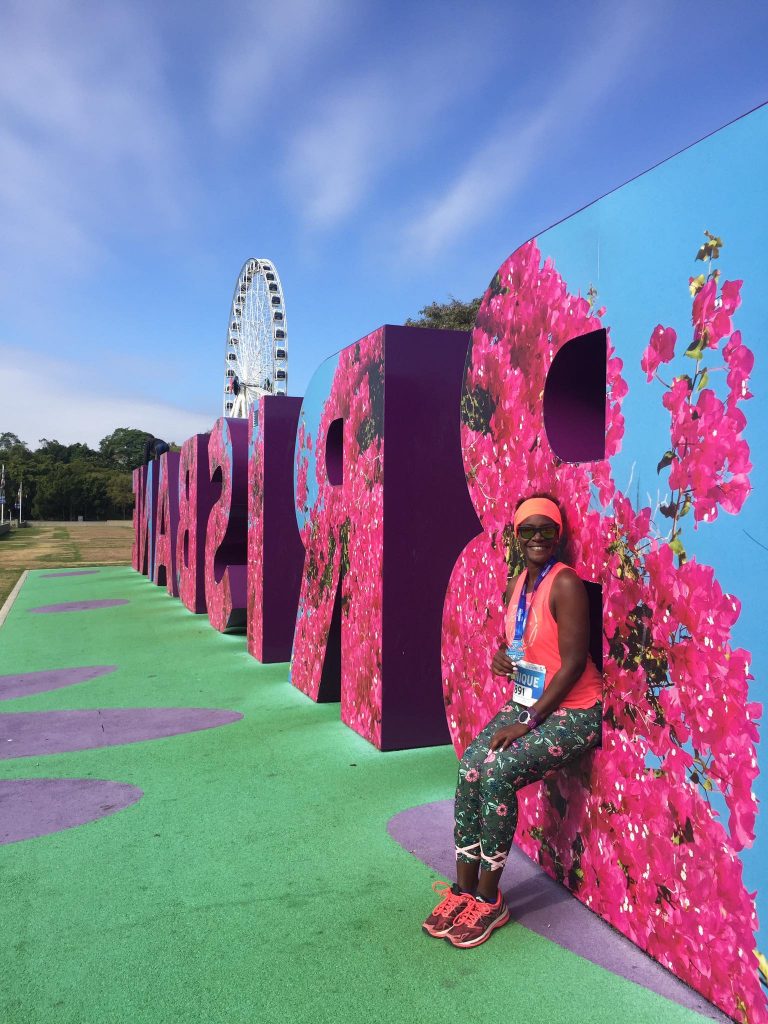 Getting double for my trouble in Brisbane, Australia: country # 27 and continent # 6.

It hasn’t been all cute running gear and awesome medals. There have been some bumps in the roads and setbacks.

An injury a couple of years ago meant no running for more than 6 months and put the kibosh on about 10 perspective races I had planned for that year. Thankfully, I made a complete, and was able to 6 of the 10 races last year, and hope to run the remaining four from the list this year. 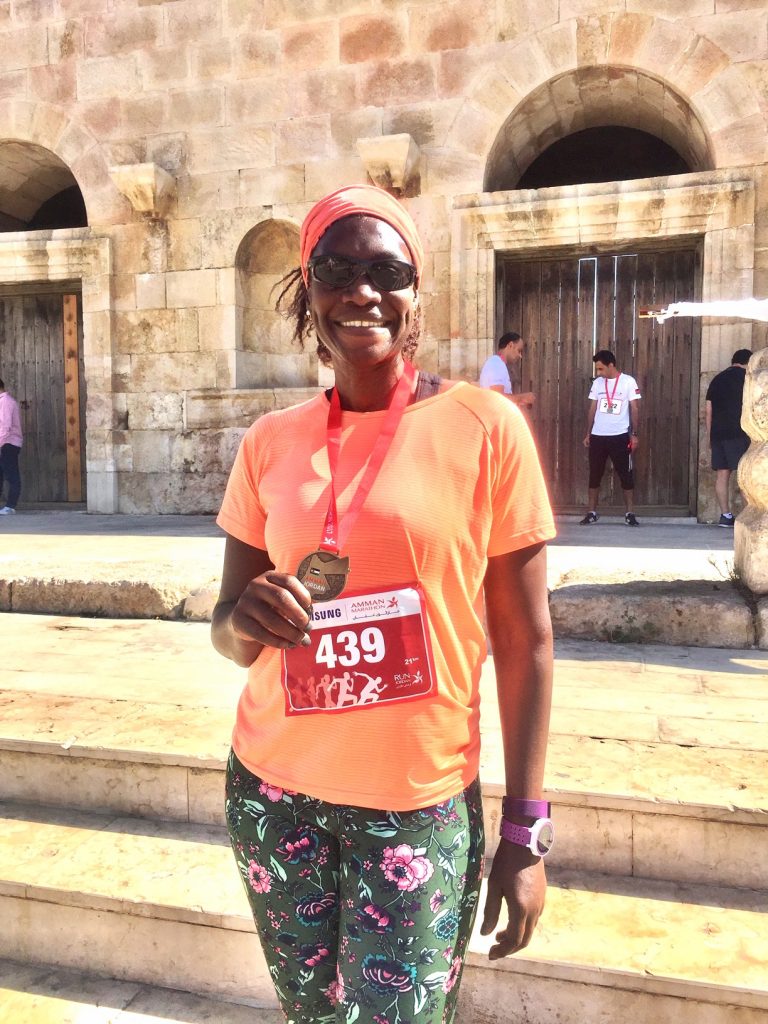 All smiles after the Amman Half Marathon in Jordan, country # 31.

Late last year the Beirut Marathon and Half was canceled because of the civil unrest going on in the country at the time (I canceled the same race the previous year due to personal reasons).

Another bump in the road was a pair of races I planned to run in Southeast Asia. My original plan was to participate in the Bagan Temple Race one week and Angkor Wat the next. Bagan had been on my wish list for ages, and I found a great fare to Myanmar, then booked a cheap flight on a low-cost Asian airline from Myanmar to Siem Reap.

Well, as was the case with Beirut, the civil unrest happening in the region at the time caused me to cancel Myanmar. Instead, I went to Malaysia where I ran the Penang Bridge Marathon and intended to continue with the plans to run in Angkor Wat the following week.

My perfect plan went wrong because the race had been long sold out. But because I’ve often been able to somehow get a race entry at the last minute (including Penang), I figured this would also be the case with Angkor Wat. Showing up is supposedly half the battle, so I went to the race expo and was put on the waitlist behind several other people who had the same idea, and literally tried to get an entry until the 11th hour with no success. 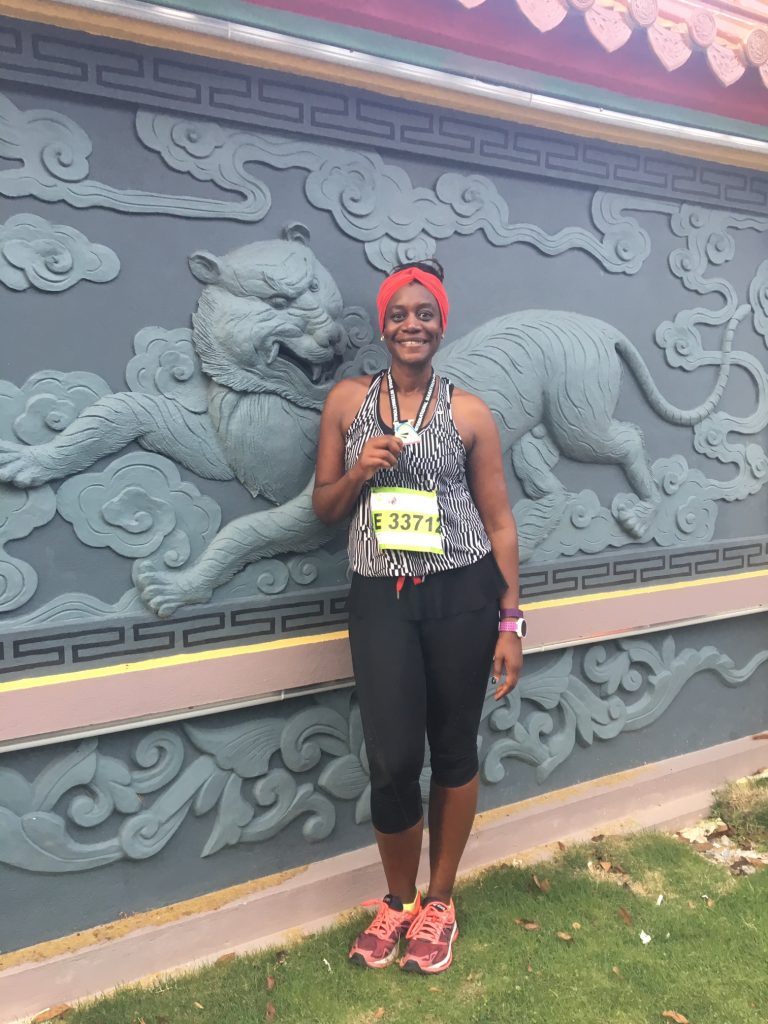 The Penang Bridge Marathon was not the event I initially planned, but I was satisfied nonetheless.

To be actually have been there the day of the race, to have actually gone to the race expo and basically begged several race gatekeepers for a number, all to no avail, I was pretty much gutted. But I will not be defeated. At some point I will conquer both Myanmar and Angkor Wat in my quest to run the world, those races just won’t be part of this specific goal.

About that 7th Continent

As I’m closing in on 50 – though I’ve run enough races to know that saying “almost there” at this point in the course will get you an eye roll if not the middle finger or cursed out – I’ve been asked, “what next?” 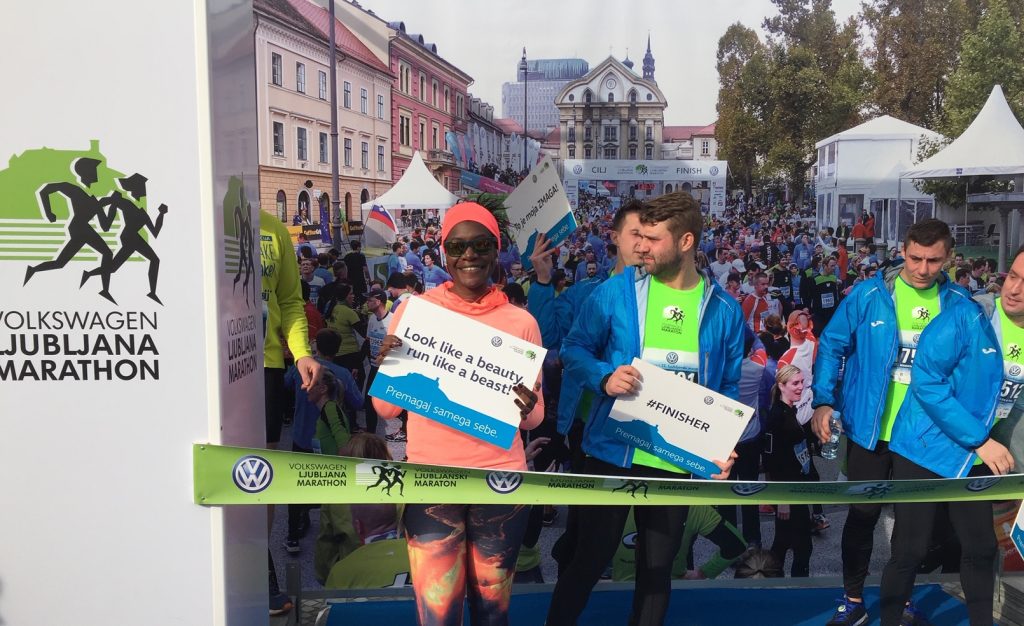 Look like a beauty, run like a beast, not to mention capture country # 24 and a few admiring stares in the process in Ljubljana, Slovenia.

What next? Let’s go back to where we left that pin a little earlier.

I said I’m not interested in running in Antarctica because it’s too cold, right?

I also said that the Amsterdam Marathon, which I ran many years ago, was a one and done deal. But then there was Nice, then Jerusalem, then Florence, then Marathon du Medoc and Porto. 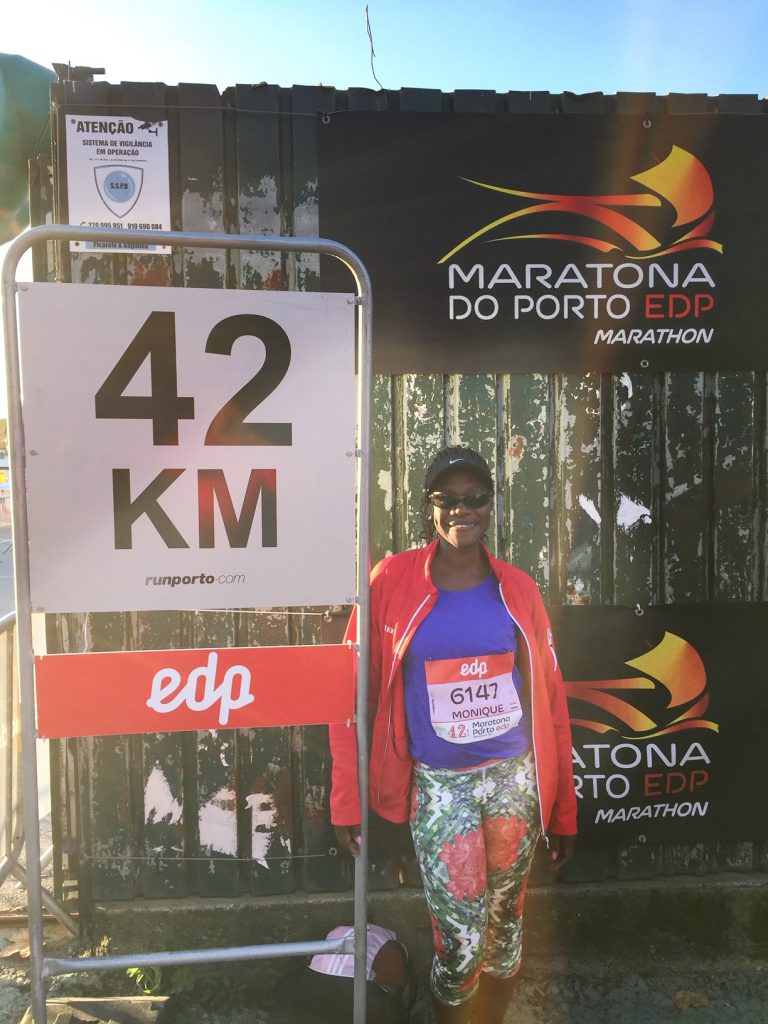 Porto was my 6th full marathon. So much for one and done.

So I guess that means someday, someway I’ll brave the cold (and cost and challenge of getting there) and conquer that 7th continent.

But, first, #MoniqueRuns50, then we’ll get to #MoniqueRuns7 (and double back for Bagan Temple, Angkor Wat, and Beirut). 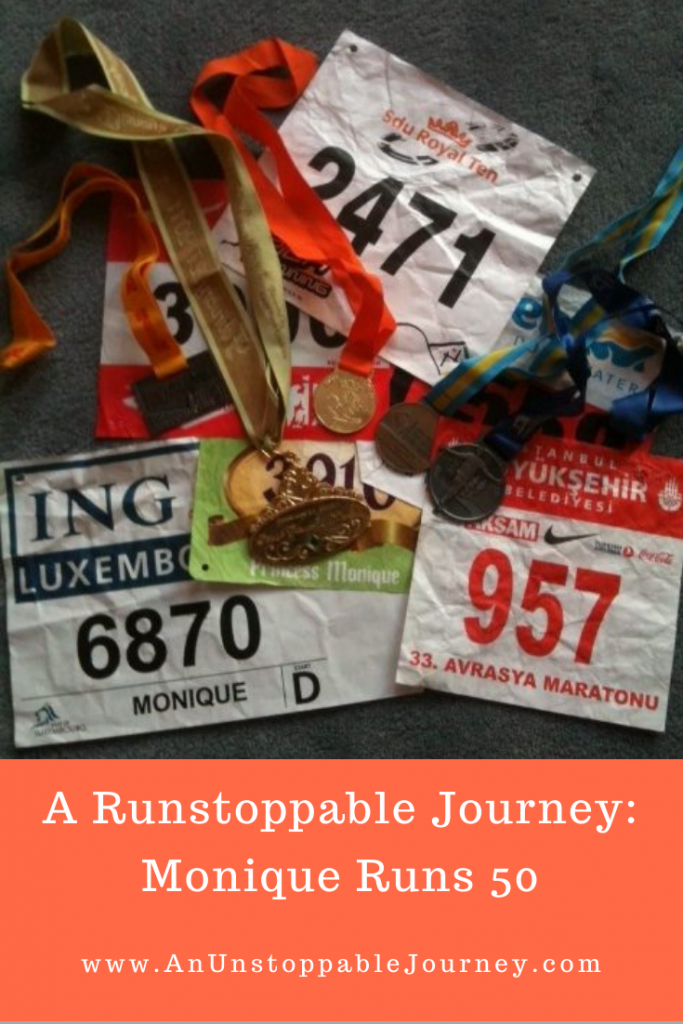 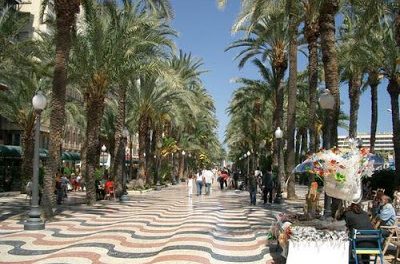 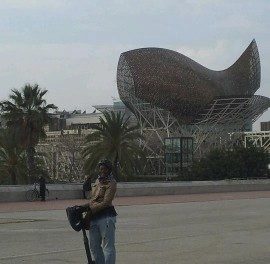 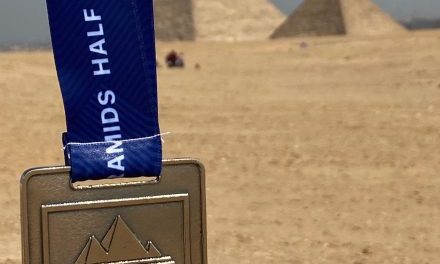 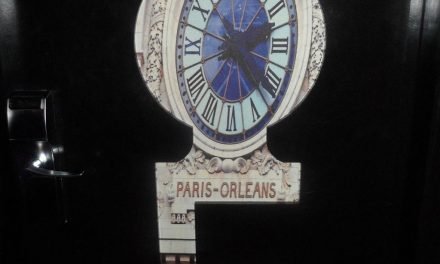