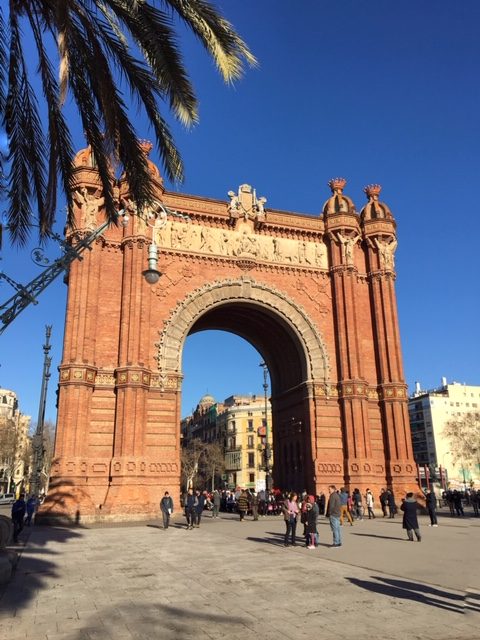 Barcelona is the wonderfully whimsical capital of the Catalonia region of Spain. Known for its art and architecture, as well as for its strong sports culture that is inextricably tied to FC Barcelona and the Olympic Games, which the city hosted in 1992. I have a bit of a sentimental attachment to Barcelona because of this sports culture and credit the city with being where running essentially began for me.

It was while watching the sprinters at the 1992 Olympics, and coveting their beautiful bodies that I decided to start running seriously. I’ve run the eDreams Mitja Marató de Barcelona (Barcelona half marathon) a few times, as a sort of homage to the place where it all began for me, and think that the combination of the awesome half marathon and wonderful history and culture of the city makes it a great place for a racecation. 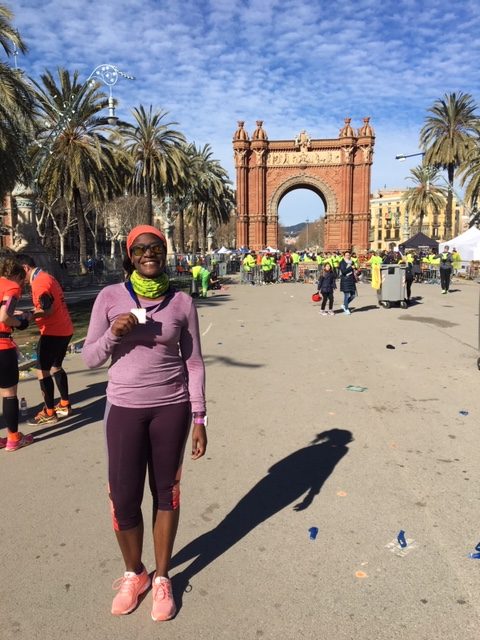 The course is relatively flat, with the exception of a slight incline during the first 3 miles of the race. The route takes runners through the city, starting at Parc de la Ciutadella, passing some of the most emblematic landmarks, such as the Columbus statue, Diagonal, Passeig Garcia and Port Olímpic before finishing at Arc de Triomf. The route serves as an excellent form of sightseeing of Barcelona, and I would say it’s one of the better races I’ve run in that respect. 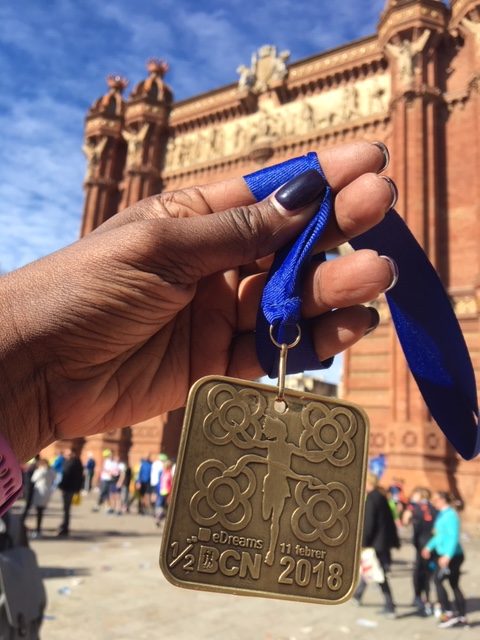 If you’re interested in participating in the Barcelona half marathon in the future, get more information on the event and how to register on the marathon’s website.

Another important factor in taking a racecation in Barcelona is Barcelona. Located on the Mediterranean Sea, Barcelona is considered one of Europe’s most mesmerizing metropolises. The cosmopolitan Catalonian capital is home to 9 of Spain’s 46 UNESCO World Heritage Sites, museums, restaurants and bars, a picturesque seaside and one of the most beloved sports teams in Europe.

This beloved neighborhood is known for its cobbled streets, artisan boutiques, and trendy bars and restaurants. Be prepared to spend a lot of time, and if you’re anything like me, money in this neighborhood.

The Gothic cathedral, whose official name is Cathedral of the Holy Cross and Saint Eulalia, was built in 1298 and is the seat of the Archbishop of Barcelona. 13 white geese are kept in the Gothic cloister, the number symbolizing the age of Eulalia, Barcelona’s patron saint when she was martyred. 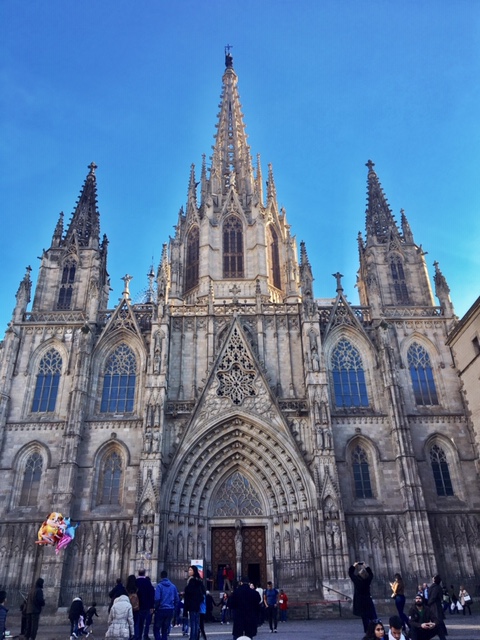 El Call is the old Jewish neighborhood and is home to the oldest synagogue in Europe. 15% of medieval Barcelona was Jewish and most lived in El Call. The population was decimated in the 15th century when the Jews were expelled. Ruins of public baths and ancient Hebrew street signs and engravings remain throughout the quarter. It’s like an open-air museum and definitely worth a visit.

Although it’s a little touristy, the famous pedestrian street, La Rambla is a must. Whereas much of the Old City is a cluster of cloistered and closed off streets, La Rambla is more open, inviting you to, well, ramble along the 3 /4 mile catwalk to see and be seen. 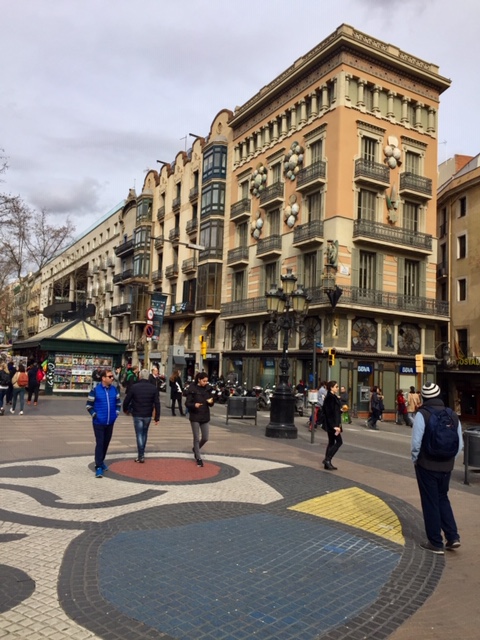 La Boqueria is the place El Bulli chef Ferran Adrià called a “gastronomic temple”. La Boqueria is also a bonafide tourist attraction, with hordes of people taking photos inside and outside of the market, myself included. Most vendors happily pose or move aside as the Instagram crowd takes pictures of their beautiful arranged stalls and products.  The locals, however, pay no attention to the camera-wielding tourists and push past them pulling their shopping bags as they continue to shop, greet each other and eat a meal or have a drink just as they always have.

The artist Pablo Picasso was born in Malaga, Spain, but spent his formative years in Barcelona. Picasso Museum gives insight into his development as an artist and highlights his early works. The museum is housed in five adjoining medieval palaces and boasts more than 4,000 works by the artist. The museum gets crowded fast, so it’s best to book tickets online.

From medieval to Modernista (Catalan Modernism) to Modern/Contemporary, Barcelona’s architecture is awesome and an attraction in and of itself. For examples of typical Catalan Modernista style, don’t miss the works of Lluís Domènech i Montaner. 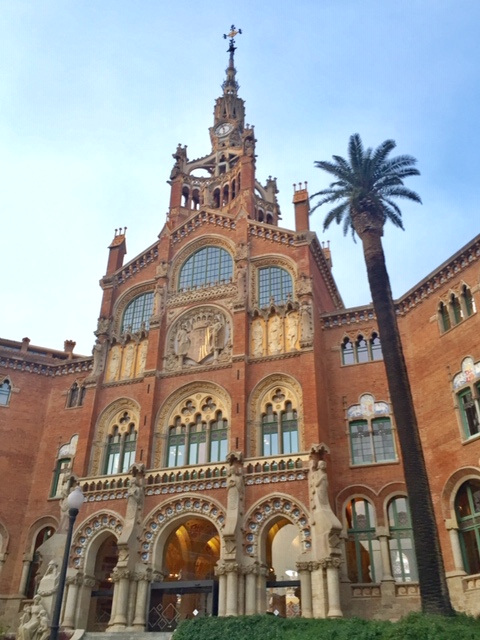 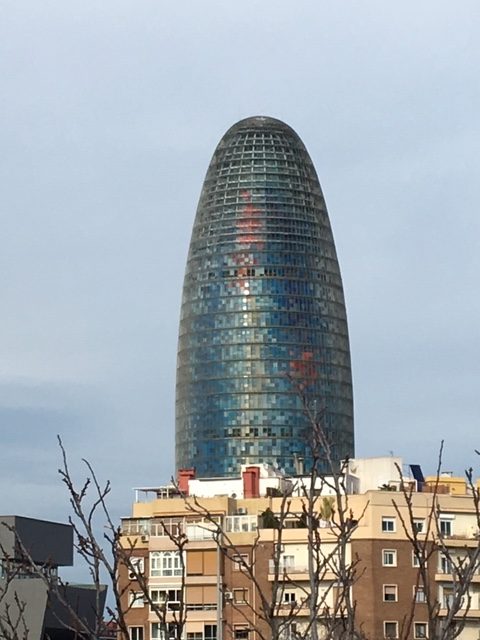 The Arc de Triomf is another example of Barcelona’s stunning architecture. Built in 1888 for the Exposición de Barcelona, what makes Barcelona’s triumphal arch unique to others found in other major cities like Paris and Berlin is the red brick and Mudèjar style, which is based in Moorish architecture.

While Gaudi obviously falls under the umbrella of architecture, since so many of his designs dominate and define Barcelona, he is in a category by himself. From Casa Vicens, the building that first put Antoni Gaudi on the map, to Park Güell, Casa Batlló, and his most famous work, La Sagrada Familia, Gaudi’s handiwork is all over Barcelona. It should also be noted that 7 of Gaudi’s works are among Barcelona’s 9 UNESCO World Heritage Sites.

Tapas and churros and paella, oh my! And let’s not forget the yummy cheeses and delicious sweets, like chocolate and crema Catalana, which looks surprisingly like crème brûlée, (though Catalans claim they created it first). 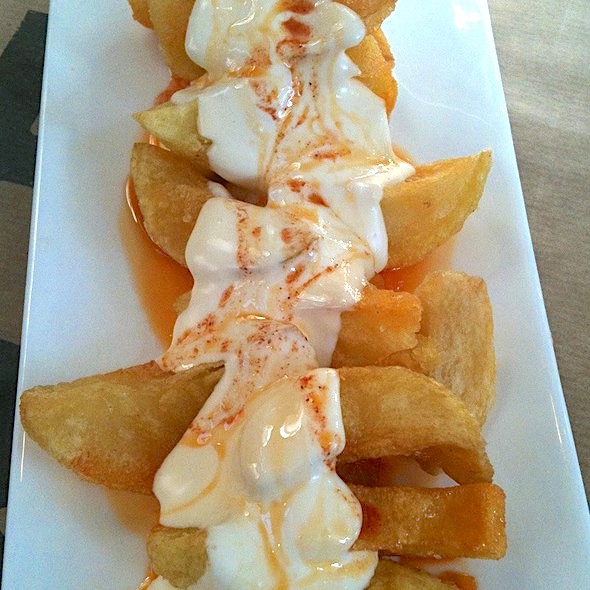 In addition to Barcelona’s wonderful regional specialties, there’s also wine, cava, and vermouth. There is a wide variety of wine styles produced throughout Spain, including regions near Barcelona. The Catalanion wine region Priorat produces full-bodied red wines, and the nearby Penedes region produces both red and white wine but is best known for producing Cava, the Spanish version of champagne. Vermouth, the fortified wine steep in herbs and botanicals, is held with almost sacred regard in Barcelona. Produced in the Catalonian town of Reus, vermouth is usually served on the rocks or with a spritz of club soda and garnished with a lemon twist. The drink is traditionally enjoyed on a lazy Sunday afternoon and paired with olives or hard Catalanion cheese.

Montjuïc is a former military fortress on a hill overlooking Barcelona. Montjuïc is where you’ll find the spectacular Palau Nacional, home of the National Art Museum (MNAC), Montjuïc Palace, Botanical Gardens and the Olympic stadium. 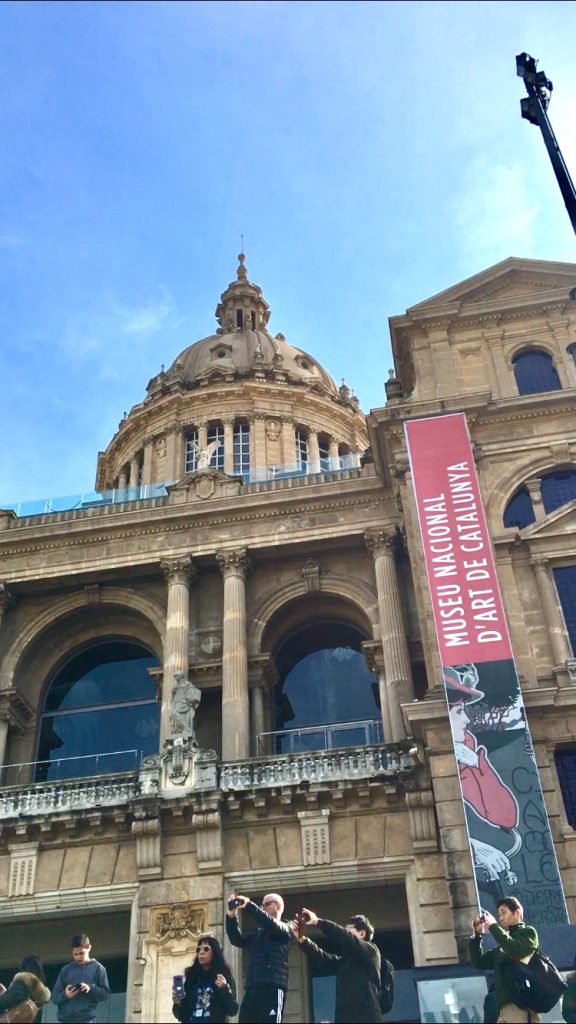 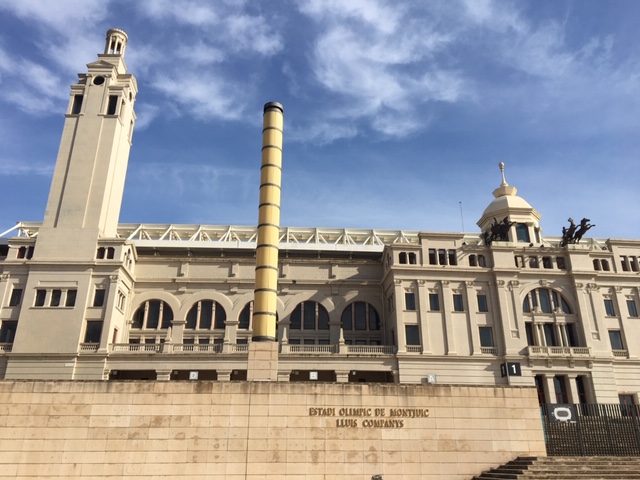 Poble Espanyol is a model Spanish village and another popular tourist attraction in Montjuïc. Montjuïc’s Magic Fountain was built in 1929 for the International Exhibition and restored for the 1992 Olympics. 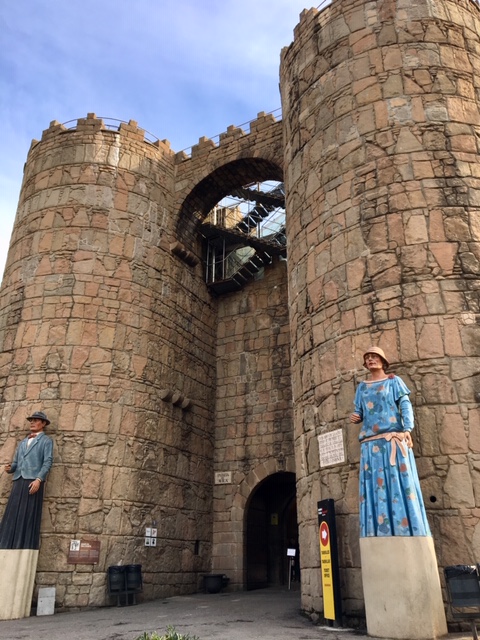 The Magic Fountain’s light and music show is quite entertaining, especially if you’re traveling with children. Times vary from season to season, so check the website for up to date information.

After years of decline, the Olympics brought a revival to the Waterfront/Barceloneta area and it is now a favorite place for locals and tourists to walk, run, surf or just lounge. Some things of note in this quarter are the Aquarium, Maritime Museum and Barcelona Royal Shipyard, and Barcelona’s historic harbor, Port Vell. 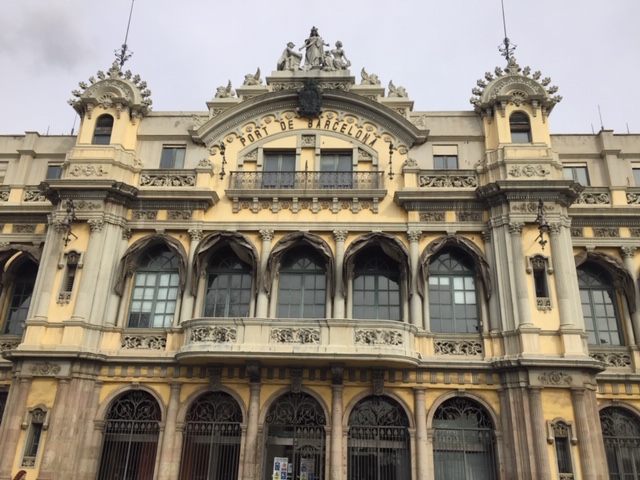 There are also a lot of wonderful outdoor sculptures in Barceloneta, including, Gamba (prawn) de Mariscal, the aforementioned Fish sculpture by Frank Gehry and Roy Lichtenstein’s Barcelona Face. The sculpture is a nod to Gaudi and was introduced in 1992 for the Olympics Games to show the world the new “face” of the city. 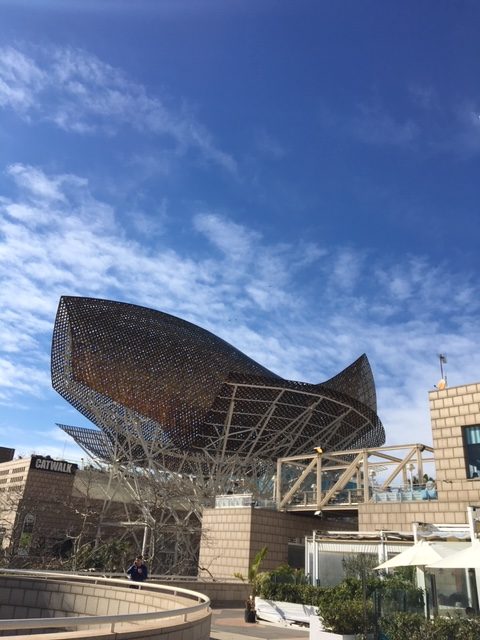 Barcelona’s professional football/soccer team, FC Barcelona, is one of the of the most popular sports teams n the world. The FC Barcelona Museum, which is next door to the legendary Camp Nou Stadium is a must for football/soccer fans. Guests can choose from several options, including the basic tour with a visit to the museum and the stadium, a guided tour of the museum and stadium or the match day tour with a visit to the museum, behind the scene access and a private tour. Check the website for tour schedule and prices. 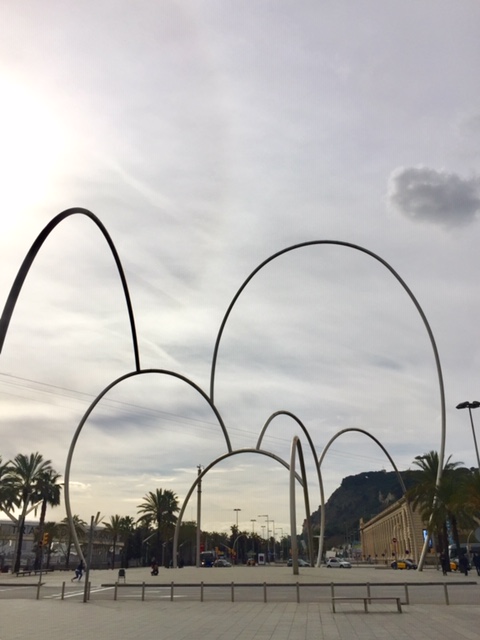 Barcelona is easily accessible via plane, train, car or even by boat!

Travelers can arrive in fly into the international airport, Barcelona- El Prat or by transport link from other airports in the region, including Girona, Reus, and Lleida-Alguaire. Barcelona has direct railway links with a number of major cities in Spain and France and two bus stations with national and international connections. As the Mediterranean’s foremost cruise ship harbor, Barcelona is also accessible by boat and ferries. 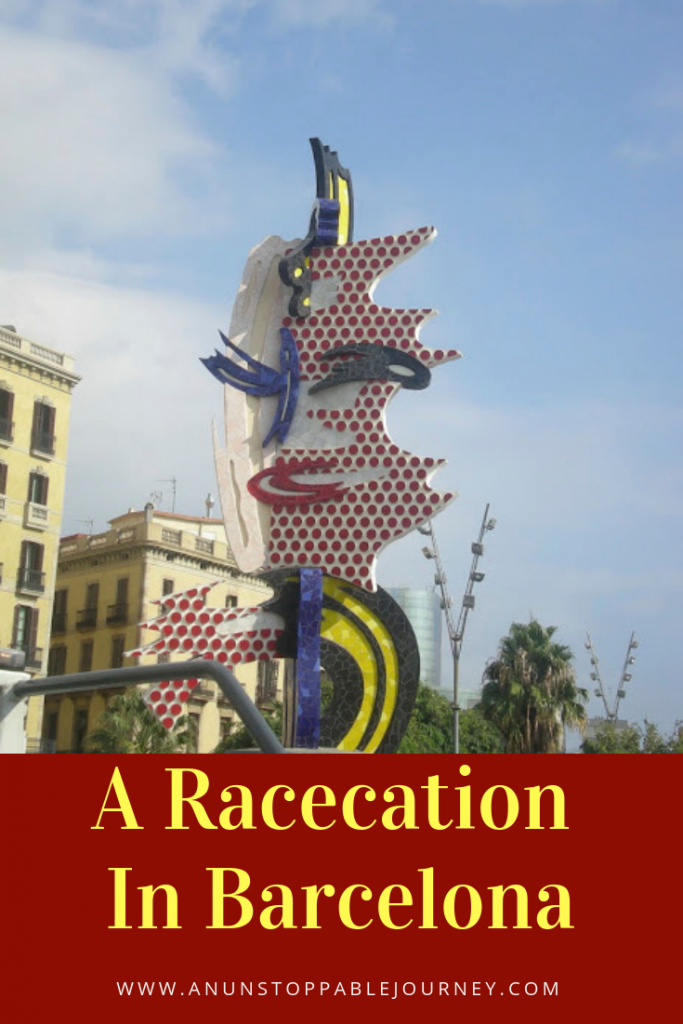 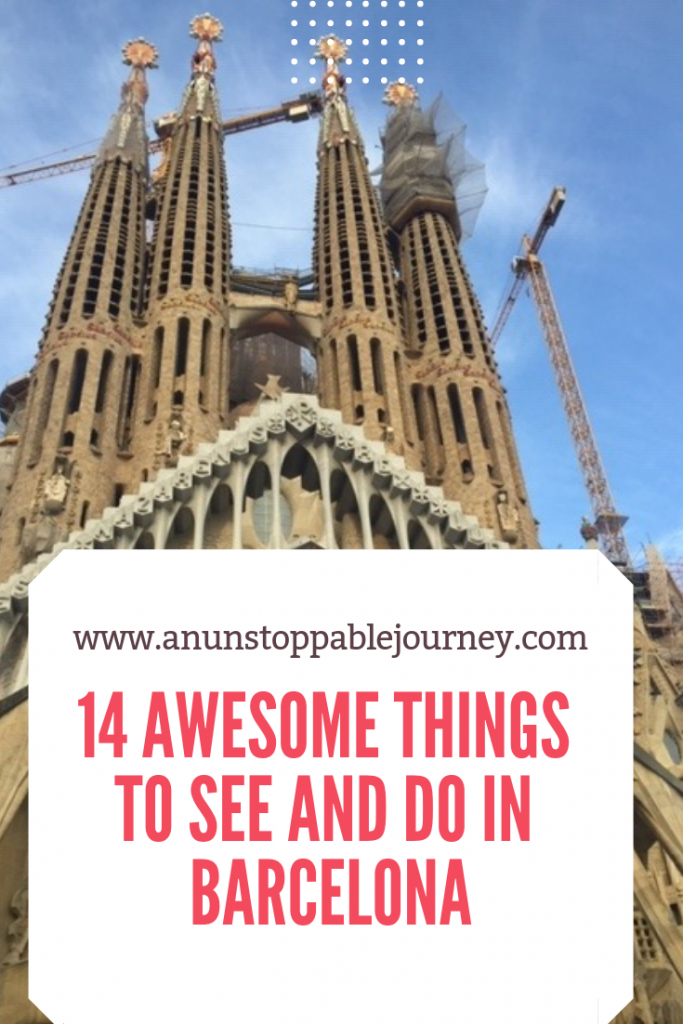 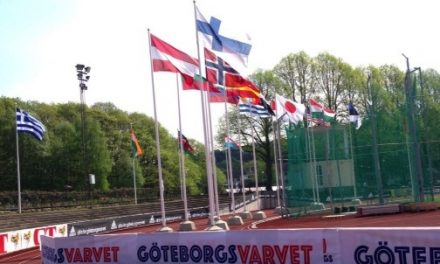 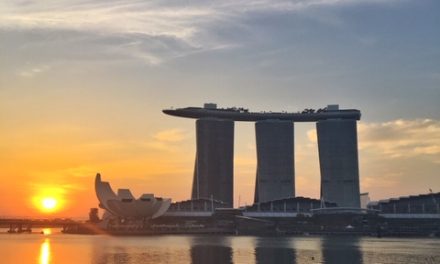 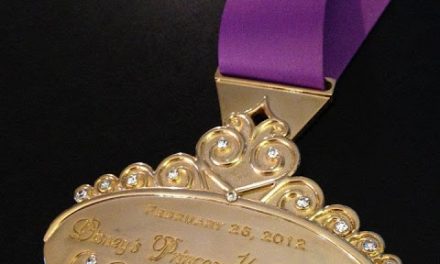 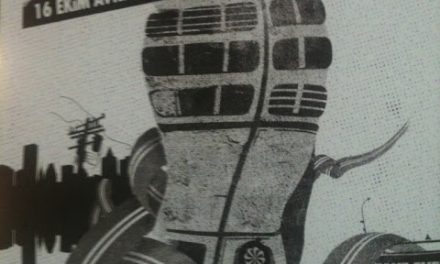